From Buenos Aires our chosen route to Chile follows a South Westerly direction to Bariloche in Patagonia where we cross over the Andes. A journey of around 2000kms through The Pampas.

From San Antonio de Areco we headed South to Mercedes where we joined the Ruta 5.
The countryside is extremely flat with not even a hill in sight. The first part was very fertile and lush with large farmlands growing mainly maize. The maize plants are planted much close than in South Africa and very green. There is an abundance of water with lakes and wetlands. Lots of waterbirds such as flamingoes, egrets, storks, coots, and even swans are to be seen.
Another tip we’d got from Pieter and Sue was that due to the lack of camping facilities they often stayed in the parking lot of petrol stations as we have also done in SA at Ultra Shell. Their favourite was YPF which Sue had nicknamed “Your Petrol Friend”. That night we tried our first YPF and it was free too! 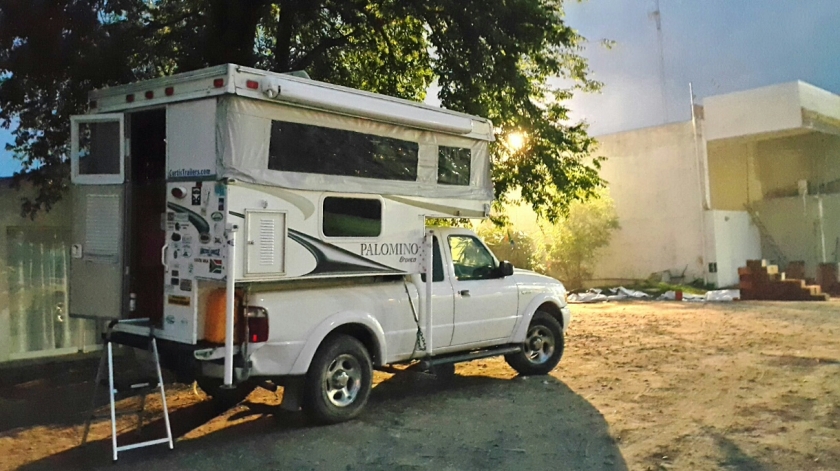 The further West we travelled the drier it became, similar to the west coast route at home, but also different.. But then comparisons are odious. Nature everywhere is amazing when you allow it to influence you.

The road was long and straight and it became hotter. We were reminded of our holiday spent in Mexico by the shrines and monuments we passed on the way 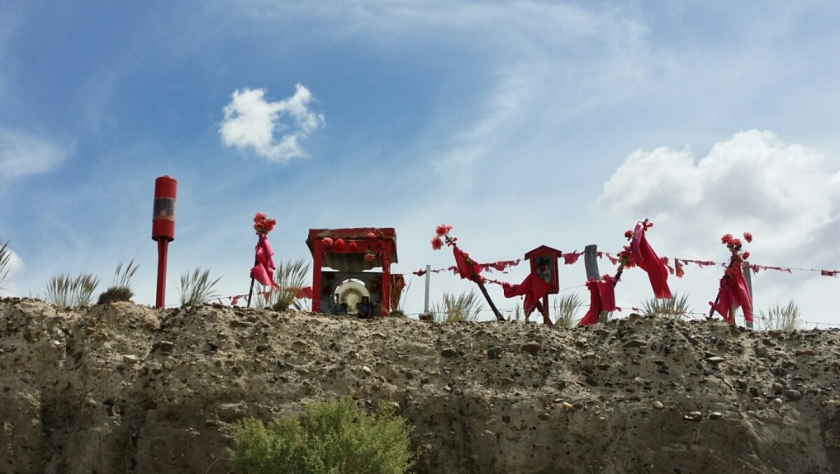 Every now and then we’d stop to stretch our legs and relax while enjoying a good cup of coffee and Solveig a cigarette too.  We’d take pictures along the way. 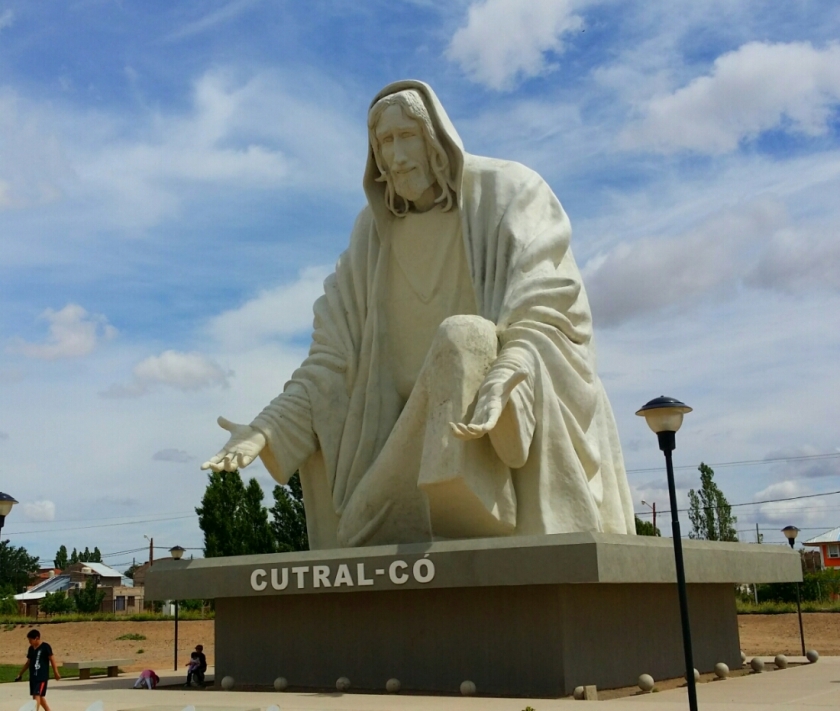 We weren’t in a hurry. We’d set ourselves a target of about 350 km a day. Maybe a bit more if the conditions allow, but we’re here to enjoy the countries and all they have to offer.
Ten kilometers beyond Santa Rosa is a game reserve where we headed for the night. Once a private land owned by a wealthy gentleman for hunting. He’d imported deer and other exotic game species and stocked it with local wildlife too.

He bequeathed the reserve to the provincial government and today it is named in his honour; Reserva Provincial Parque Luro. A real treat as a destination. Again, with a multitude of birds and dense bushveld, with a beautiful campsite set amongst lovely old trees.

Only spoilt for us by hundred of insects in the ablutions, attracted by the lights during the night and not having screendoors to stop them entering. We were also bitten by mosquitoes while enjoying our first braai of the stay. The night cost us a total of R8.00. Yes, R4.00 each! It even included electricity.

Our next stop over was also in a Nature reserve.

I’m not sure what this small creature is but it’s similar to a dassie but much smaller.

Enjoying breakfast while the clothes are drying. Even though the terrain was now drier the free campsite had lovely hot water showers and was beautifully treed. The day’s drive had taken us further west through the Pampas and the lush farmlands had disappeared to be replaced by a karoo like terrain with windmills. Soon we’d be in Patagonia and the Andes….

6 thoughts on “The Pampas”