Our dear friend Sonni took us to the Cape Town International airport on Saturday 6th December. After a 9 hour layover in Doha we were finally off to  South  America.
Many movies and countless meals later we arrived in Buenos Aires, tired but glad it was over. 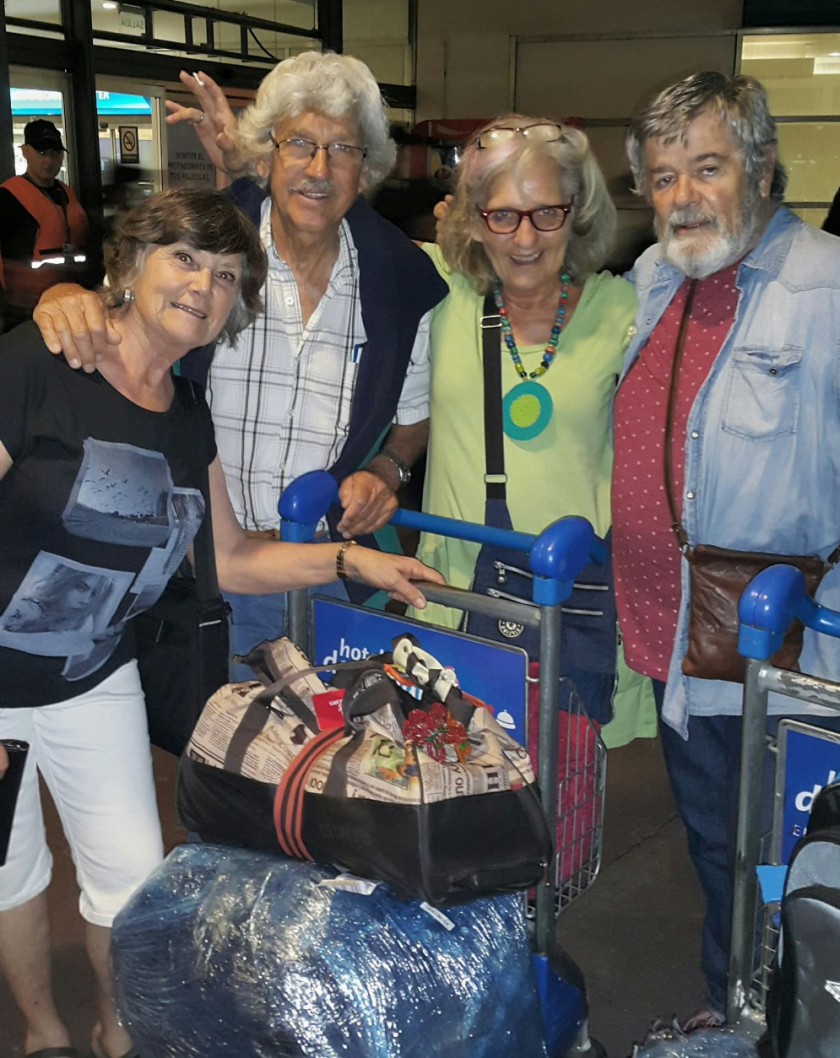 It was terrific to see happy smiling faces waiting for us. Sue and Pieter has wisely choosen a B&B near to the airport where we were able to get a much needed sleep.

After sharing the latest  news and a few drinks later we eventually collapsed into bed.
We awoke refreshed and all took a taxi to the suburb,Tigre, about 35 km from Buenos Aires to meet Michelle, (My Shell) our home for the next few months. Being a public holiday we enjoyed relaxing and getting to know the ins and outs of Michelle.

Later in the day we mixed with the locals celebrating the day of the Virgin Conception of Christ with fireworks and music.

The next morning after dealing with the necessary paperwork for the vehicle with a notiary we were legally authorised to drive the vehicle to USA. We spent the remainder of the day chilling and buying supplies. 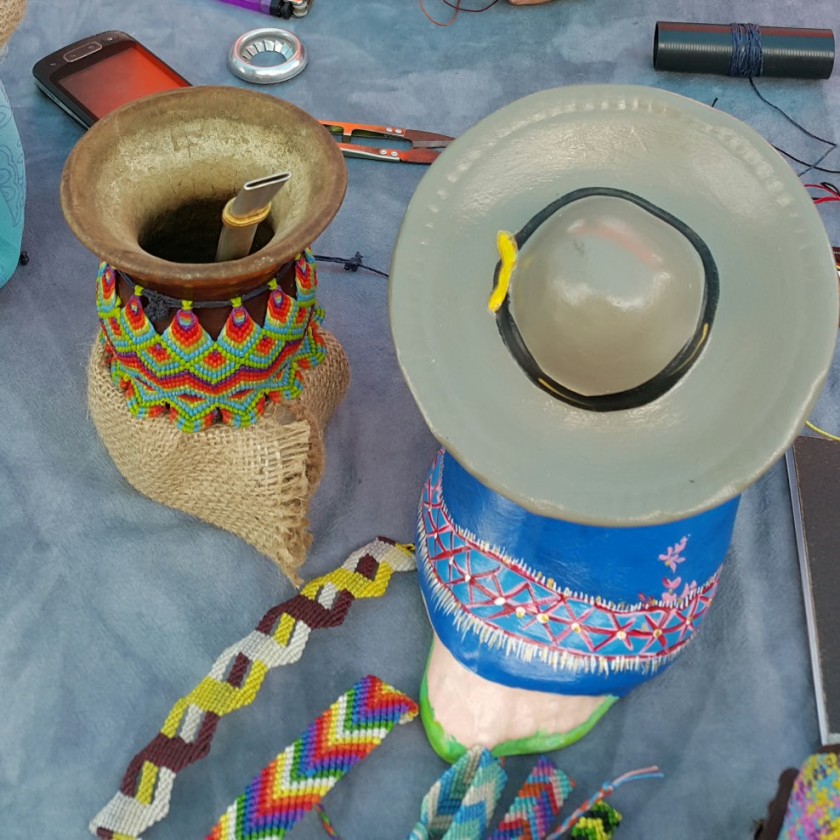 Sue told us of the locals drinking Mate, a herbal infusion prepared by putting a mixture of ground leaves and herbs in a gourd, adding boiling water and letting it draw for awhile, then drinking the liquid through a metal straw fitted with a sieve at the end.

Everybody is doing it.  Everwhere are people with their flasks of hot water.

On Thursday after tearful goodbyes, Solveig and I were off on the start of our new adventure. Taking Pieter’s advice, we spent our first night in a nearby town,  San Antonio de Areco,  so we could familiarise ourselves with everything abord our camper. The vehicle is a 2002 Ford Ranger, 4 litre V6 4×4 bakkie. The camper section is a Palomino Bronco 600. We were both thrilled that we could stand upright and cook inside the camper!