We crossed the Chobe River at Ngoma Bridge border crossing into Botswana. It was hard to believe that we had driven under the bridge to get to Camp Chobe on our visit in March. The river had risen so much since then it would have been impossible now. We found this hollow Baobab at the border.

On reaching Kasane we did the usual shopping, money changing and camped at the Chobe Safari Lodge campsite on the banks of the Chobe.

It has to be one of the nicest sites in the area and all the facilities of the hotel are also available to the camper. 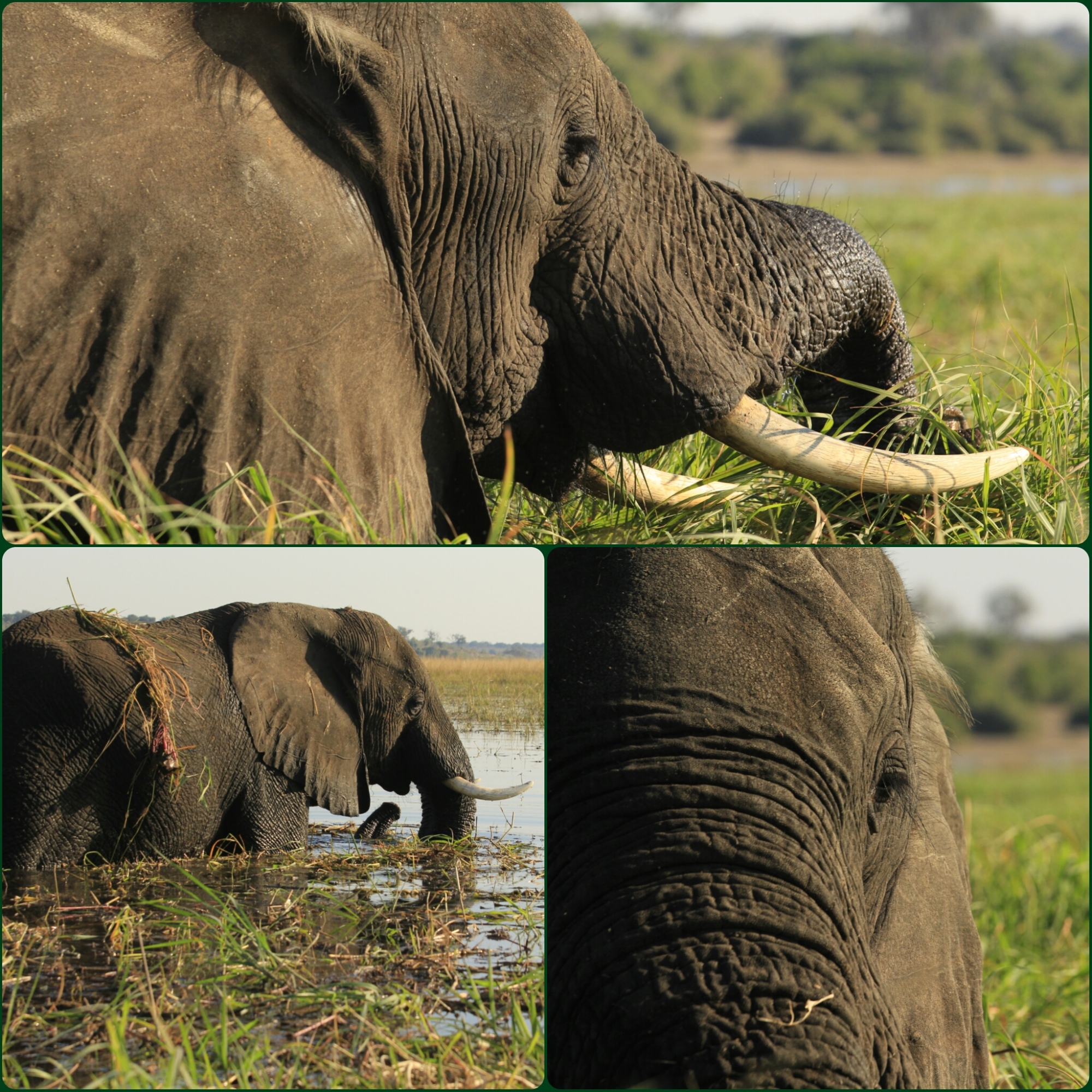 We went on an evening river cruise with a small private operator as we wanted to choose when to stop for photography and game watching. Definitely the right way to do it and at no extra cost either.

We spent two nights there chilling with Ticks and Keith.

…… before setting off to Elephant Sands near Nata. Anybody taking this route must schedule a stop here. It has the only waterhole for miles around and as the name suggests, it is frequented by lots of elephants. You have a lovely vantage point overlooking the waterhole from the pub. The owners also have a concession to a private reserve on the border of Hwange game reserve where you can bush camp next to a waterhole at the same price as the camp at Elephant Sands. Unfortunately we only found out about this when we checked out! Next time….!

The next night we spent somewhere completely different and not expected.

Our plan was to drive south to Khama Rhino sanctuary on the edge of the Magadigadi pans the following day but were informed that the only route possible was through the middle of the pans via Lekubu island.

This was due to there still being flooded areas on the other route.
What a bonus! But difficult and very uncomfortable for Tickey who was experiencing back pain. We never stayed over at Lekubu unfortunately.

Sadly the next morning at Khama Rhino Sanctuary we realised that we’d be back in South Africa later that day! We crossed the border at Martins Drift / Groblersbrug. The immigration and customs were fantastic. Only 22 minutes for both sides of the border. Our journey was almost over….
We camped at Pilansburg game reserve for an amazing cost of only R30 that night (pensioners discount!) and were able to drive through the reserve for another R40 the next day. We saw lots of birds and game and even a wildebeest migration!

Not as spectacular as the Serengeti but about R1000 cheaper.

Another two days and we were back in Gordon’s Bay in our lovely home. Always worth coming home to!

What a life changing experience we have both shared. It will be hard to adjust to what is said to be ” normal” We have become accustomed to the bare necessities and simplicity of day to day life. We have no desire to return to the lifestyle everybody is programmed into living by media hype, consumerism and the need to surround ourselves with stuff and more stuff!

Where to next ? We’re not done with travel yet. Watch this space….

“Life is a journey and only you hold the map”

Posted from WordPress for Android